Just like Holly, before the wee man arrived, going to the cinema was a pretty regular date night activity for me and the big man; both of us loving nothing more than sitting in a darkened room for a couple of hours not talking to each other! For us, the Peckhamplex has always been our cinema of choice so, when the wee man came along, I was delighted to hear that it does a baby cinema screening – every Thursday at 11.30 – too.

In case you’re not familiar with it, “the Plex” – as it’s known locally – is something of a local institution; a little frayed around the edges and lacking any sort of pretension, it’s kind of like the old man’s pub of cinemas – with a loyal customer-base to boot.

I’ve been three times in the past nine months; hobbling there – still bruised and cathetered from the birth – when the wee man was just three-weeks-old to see First Man (he should learn about the importance of Ryan Gosling from a young age, right?!) and more recently, to see Aladdin (meh) and Yesterday (cried A LOT, still blaming hormones).

The first thing to say about the Plex is the cost; at £4.99 a ticket it is way cheaper than any other cinema I have been to in London (maybe even the UK) and a reasonable price if, like me, you’re counting the pennies on mat-leave. Secondly, with multiple screens, you have more than one film each week to pick from so whether you fancy the latest blockbuster or something more niche – more often than not, they’ve got you covered.

There is not a step in sight so you can roll on in and roll on out without any hassle. The staff are also helpful. Prams are usually parked in the cinema foyer but when we went with our then-newborn they allowed us to take the bassinet in with us so the wee man could continue to sleep undisturbed.

A darkened room filled with other mums and their babes makes feeding easy for any self-conscious mum (I don’t know about you but I felt very awkward and self-aware in the first few weeks of breast-feeding as opposed to now when I’ve been know to open the door to an Amazon delivery man with babe latched on).

True, you’re not going to get the luxury of a sofa that some “gastro” cinemas offer but at £4.99 a ticket, I’m not complaining! 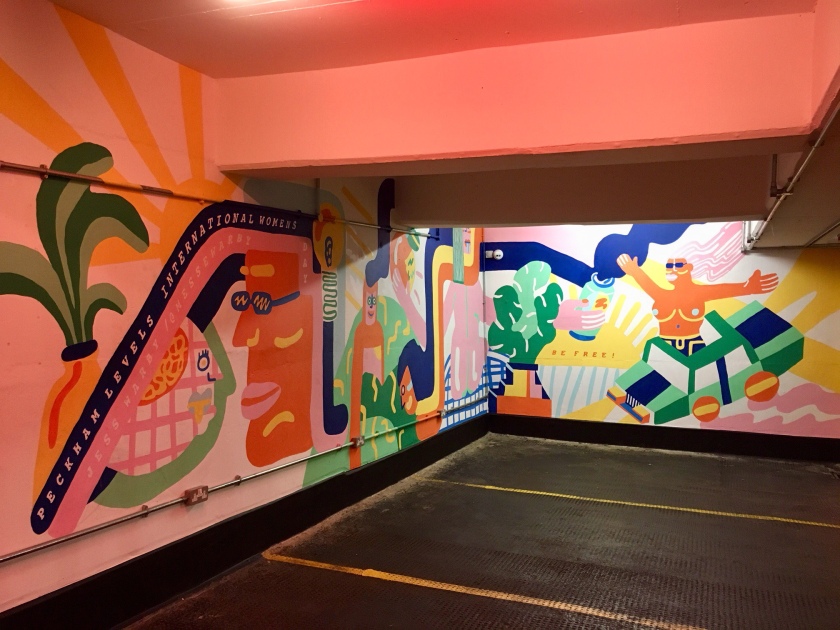 Top tip? The Peckham Levels next door are currently offering a £5 lunch (Weds – Fri 12pm till 4pm) at some of their food stalls. We went for Other Side Fried’s Buffalo burger -described by the big man as “spicy, saucy and delicious”.

All-in-all, a great couple of hours out and all under a tenner. What’s not to love?